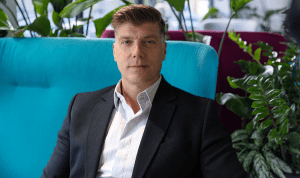 B P Collins is delighted to announce the appointment of former LEGO Group executive, Marko Ilincic to its Board as their Non-Executive Chairman.

Marko played a key role in growing LEGO’s brand and commercial expansion in both the UK and across the world. As a former member of the Global Executive Board, he was a key contributor to the global business strategy for the brand and was also appointed to lead various critical strategic projects for the company, such as direct market entry and expansion into China and a global commercial organisational structure review for the business.

As part of the Executive Board, Marko concurrently served as Senior Vice President for Asia Pacific, covering 15 countries across the region and responsible for hundreds of millions of dollars in revenue and cost budgets. He also previously led The LEGO Group businesses in UK, across Eastern Europe and also China. Whilst in the US, Marko served in the role of Vice President sales for North America, responsible for billions of dollars revenue.

Commenting on the new appointment, B P Collins’ senior partner, Simon Deans said: “As a former LEGO Group Executive, Marko obviously likes to build things and with his commercial and strategic experience, we are looking forward to Marko helping us to build on our existing successes and help us deliver on our ambitious growth plans.”

B P Collins has been a trusted law firm for their privately owned business clients and high net worth individuals since 1966. In that time the firm has grown and is now headquartered in exclusive Gerrards Cross with offices in London and Thame. Mr Ilincic joining now is part of the next phase of growth at the firm.

Mr Ilincic commented: “It’s clearly an exciting time to join B P Collins’ Board after its recent recognition of being one of the Times top 200 law firms in the country. I am looking forward to working with the team as they continue to grow and deliver excellent legal services to their business and private clients.”

West London Business member B P Collins is a cross practice firm. It has business and private clients based across the Thames Valley. It is regarded by the Times as one of the top 200 law firms in the country. Read about how B P Collins supports our local community and its commitment to diversity in its workforce.