‘BleepBleeps’ – The Design Story & Networking at the CRL

The Central Research library has an exciting talk coming up from a very successful hardware entrepreneur, Tom Evans, the founder of BleepBleeps – followed by drinks and networking until 9 pm.

BleepBleeps is an award-winning, London-based hardware startup creating internet connected consumer electronics and digital services that make parenting easier. Founder Tom Evans takes you on a whistle-stop tour of the blood, sweat, tears, blunders and triumphs behind the scenes and explains how he took BleepBleeps from a side hustle to selling in Harrods. 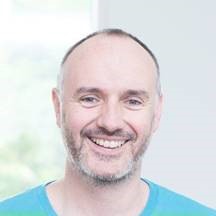 Tom is a serial entrepreneur obsessed with the intersection between creativity, business and technology. His career has seen him create a diverse range of work across communications, digital, NPD and service design for both brands and agencies, as well as being sole founder of BleepBleeps, an award-winning, London-based hardware startup creating internet connected consumer electronics and digital services that make parenting easier. Since founding BleepBleeps in 2014 Tom has undertaken 3 crowdfunding campaigns – all funded in 24hrs, launched on Amazon US, EU and Japan, obtained retail listings in Harrods, Selfridges and The Conran Shop in the UK and is making steady progress towards achieving retail listings nationwide in the US.

Before BleepBleeps Tom worked at an executive leadership level in the creative industry. He was previously Executive Creative Director at TBWA London and Brand Communications Director of Jack Wills. He co-founded Mook, one of the UK’s leading digital agencies, and has produced work for Nike, Volvo, Unilever, Four Seasons Hotels, Foot Locker and Channel 4.