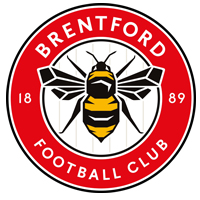 The heart screenings, organised by the charity Cardiac Risk in the Young (CRY) in association with the Brentford FC Community Sports Trust, took place in memory of the Club’s former Technical Director Robert Rowan. Around 200 fans and members of staff from Brentford FC were screened across the weekend, financed by Robert’s memorial fund.

A range of fundraising activity has been taking place in recent years for the fund including the charity challenge A-K-A-DAY which is designed to encourage and support health and wellbeing. It aims to inspire people of all ages and abilities to get out and move for at least 1km each day throughout the month of May.

Speaking on Saturday, Suzanne Rowan explained her involvement with CRY, “We discovered CRY after Robert passed away in November 2018. We got in touch with them, explained what happened to Robert and did a bit of research to find out more about them. It was perfect support for us. Brentford FC got involved and we’ve been supporting them ever since.

“They do a lot of good work. They screen young people between 14 and 35. A lot of the money they raise goes towards screenings, research and they also support families as well so they do a lot of important work.”

Thomas Frank, a close friend of Robert’s, hoped that the sessions could help to save lives. “I think it is a very good way of remembering a very good friend of mine. And it’s such an important thing – hopefully these testing days ran by CRY will maybe save one or two lives.”

Christian Eriksen offered his encouragement and stressed the importance of these check-ups and tests. “I think it’s very healthy thing to do. And obviously it’s something that even in my case, something happened like you wouldn’t know was going to happen. So, to get that cleared out the way from a doctor’s perspective is only a positive. To do a test for a few minutes and get everything sorted out and be safe for your family and for everyone else then it is a very positive thing. It’s not only for you, it is for everyone around you.”