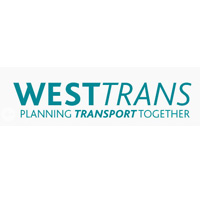 WestTrans, a partnership of six West London boroughs, ran a trial of electric bikes with a variety of businesses, residential sites, charities and other organisations last year. It was a great success, with several participants buying e-bikes of their own, so the trial is returning for 2019.

The trial involves providing e-bikes to employees of businesses in West London to use to get to and from work, for site visits and for other local journeys.

Electric bikes now account for over a third of bicycle sales in Germany, with the Netherlands not far behind. These countries have embraced the convenience of the e-bike, and its potential to expand cycling to people who wouldn’t, or couldn’t, ride a standard bicycle.

However, e-bike popularity is still low in the UK, despite the benefits they can provide to older people, people recovering from injuries or illness, people who want to cycle but live in a hilly area, commuters, and many others. They also have potential for business use, especially e-cargo bikes.

WestTrans hope that this trial will encourage greater adoption of e-bikes, and increase cycling, particularly for groups who have low cycling levels at the moment.

“E-bikes provide a great balance between active travel and a quick, convenient way to get around,” says Emily Shovlar, Senior WestTrans Coordinator. “They’re also good for groups who don’t tend to cycle as much, including women and older people. We hope that organisations across West London will see the numerous advantages of their employees using e-bikes to get around.”

Andrew Dakers, CEO, West London Business added: “Whether it is to save costs, save time by avoiding congestion or reduce your carbon emissions, we strongly encourage local businesses to get in touch with WestTrans and explore how your firm could benefit from the e-bikes trial programme.  This is a chance to recoup some of your business rates!”

Contact westtrans@ealing.gov.uk if you’re a local organisation with employees who could swap their car mileage for e-bike mileage.