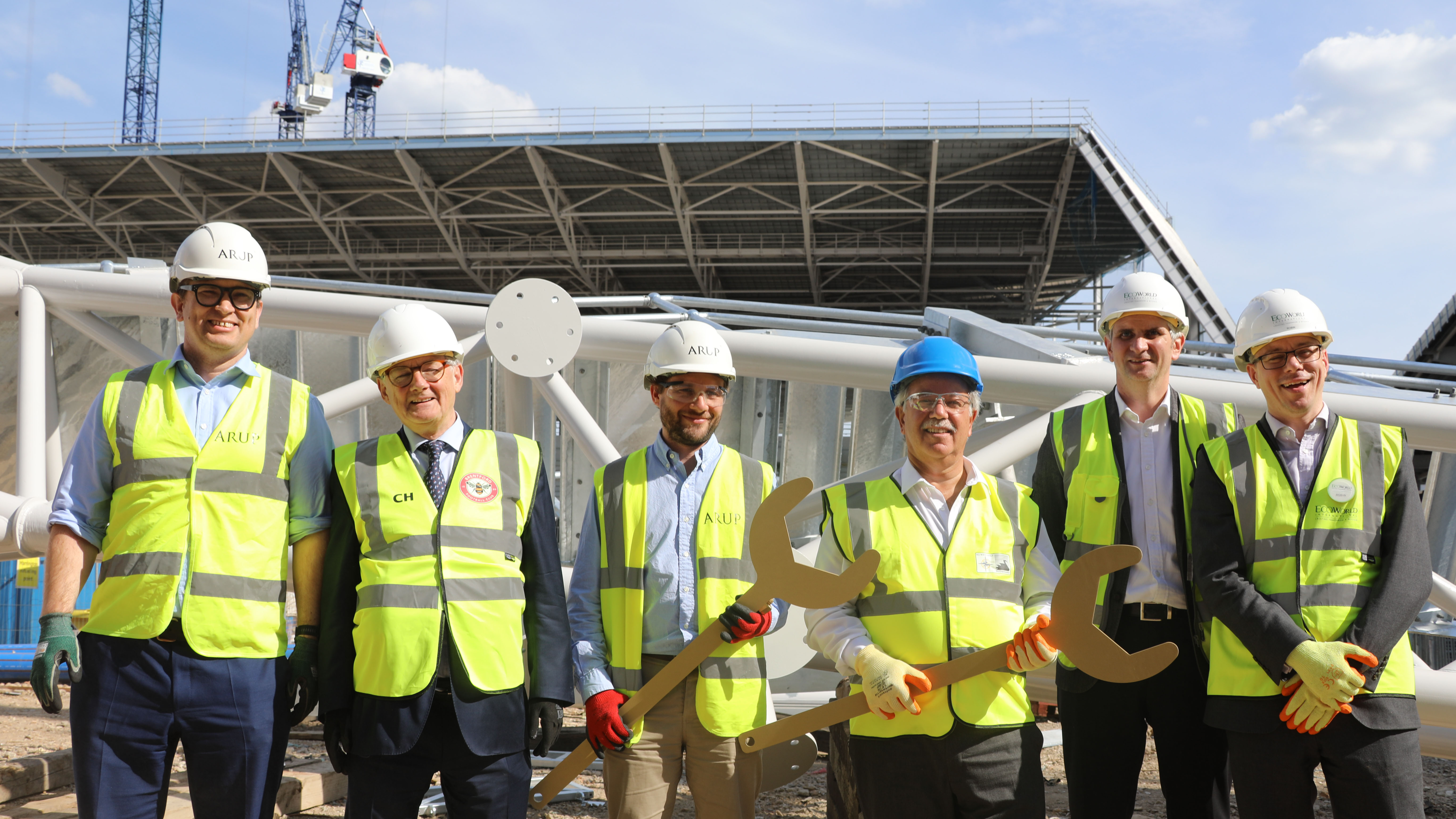 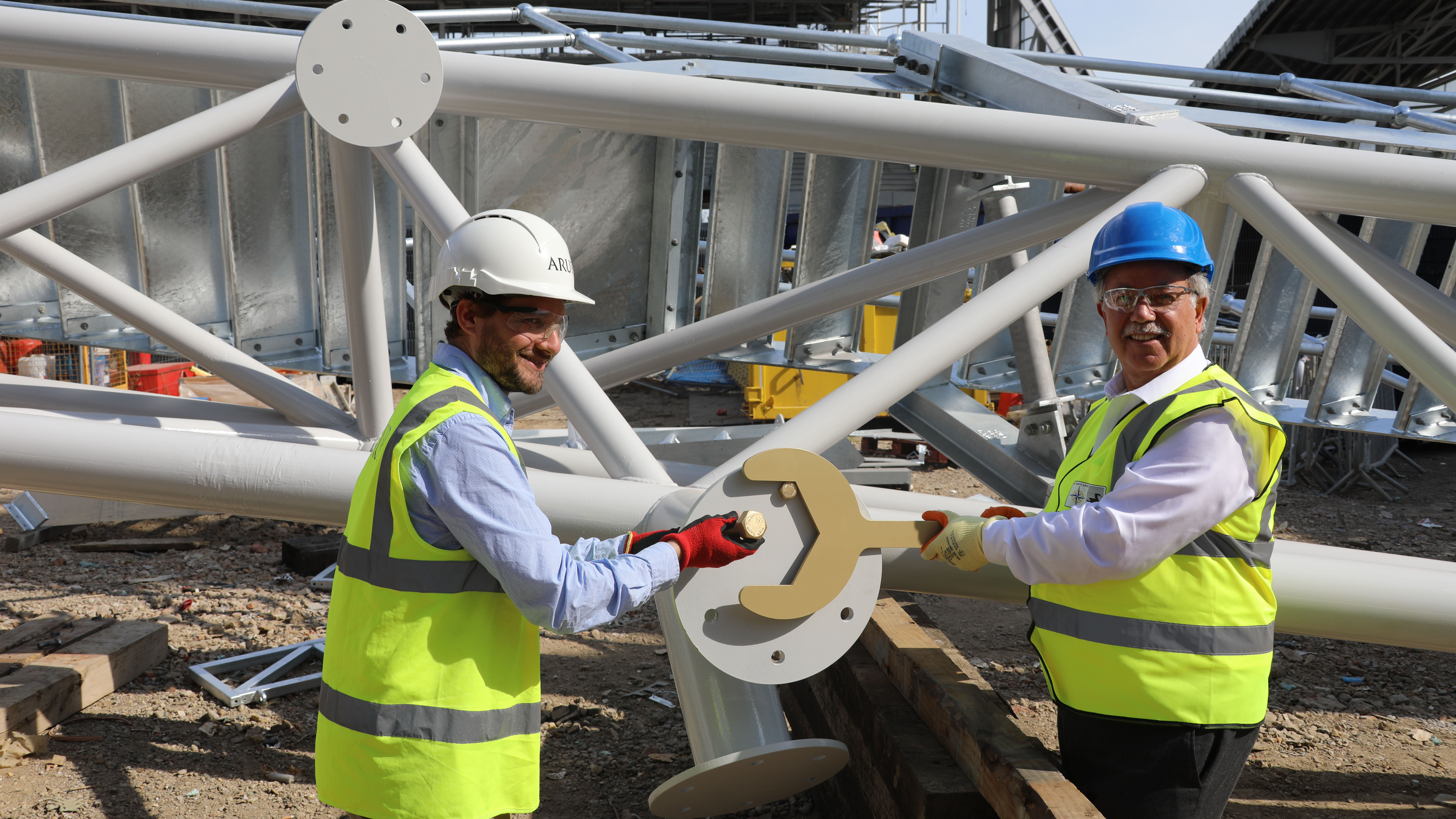 A major milestone was reached in the construction of Brentford’s new home as a Golden Bolt ceremony was held. Brentford FC will be moving to its new stadium at the end of the 2019/20 season and construction has been underway since ground was broken in 2018. The final piece of the steel frame was completed at Brentford Community Stadium yesterday, Thursday 23 May, a moment that was marked with a ceremony on site known as a Golden Bolt ceremony.

The 17,250-seater stadium and associated development commenced in Quarter 2 of 2018 with the Club’s development partner EcoWorld London, and its stadium principal contractor Buckingham Construction Group Limited. The Brentford Community Stadium development is an important part of the wider regeneration of the area known as Brentford East. It will deliver a stadium together with more than 900 new homes, a new purpose-built location for Brentford FC Community Sports Trust, and a public square with shops and cafes.

A Golden Bolt ceremony is traditionally held in the construction industry when the last steel beam is bolted into place – signifying that the build is structurally complete. At Brentford Community Stadium this came yesterday afternoon. Representatives from the Club, EcoWorld London and Buckingham Group were on site to see the pylon being bolted into position and to mark the occasion.

Jon Varney, Brentford FC Chief Executive, said: “This is a significant milestone for the development and for Brentford FC. We have all watched the stadium grow from the ground over the past year or so and to see the structure now complete is fantastic. There is still a great deal of work to do on the pitch, the mechanical-electrical infrastructure and on the internal fit-out but that is all on track.”

“We are building a high-quality stadium fully equipped and ready from day one for Premier League football. The Club is focussed on making sure we fill the stadium when we move in and our fans can help with that by telling people about what we are doing. They can now tell friends and family that the structure of our stadium is complete. The next 12 months will be a very exciting time for everyone.”

Cheong Heng Leong, CEO of EcoWorld London, said: “This is a significant milestone in not only the delivery of Brentford FC’s new home, but in the wider regeneration of Brentford which the stadium and the surrounding development will be at the heart of. We look forward to welcoming communities both old and new, from the fans to the residents of the new homes we are building, when the stadium completes in 2020.”