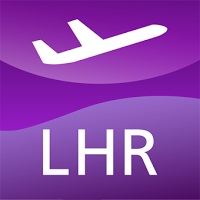 Research from WPI Economics says that approving Heathrow expansion would provide an immediate economic boost and support up to 2,700 jobs.  The Airport say this could be the first step in helping Britain to create “a stronger and fairer economy in the wake of Brexit”.

The Chancellor recently said “I think there is a role for big, strategic projects, but they are unlikely to be ever able to contribute to fiscal stimulus because of the timelines involved”.  However the new research, commissioned by Heathrow, suggests that may not be completely correct, as granting approval to major infrastructure projects has short-term benefits because they need significant preliminary work by architects,  engineers, lawyers, planners, and others involved in the preliminary work.

By comparison with the construction jobs in the latter stages, the numbers may be small but they are typically highly skilled roles and often come hand-in-hand with graduate recruitment and training opportunities, meaning that projects can help to develop the skills and productivity of the UK workforce.

Heathrow say that only they can connect all parts of Britain, not just London, to the new trading routes beyond Europe.  They say Heathrow expansion quickly gets British exporters to new, growing, markets of the world.  Heathrow currently handles 29% of non-EU UK exports while Gatwick moves 0.2% and has no plan to build the infrastructure to move more.

Heathrow CEO John Holland-Kaye said: “A green-light for Heathrow expansion will immediately boost jobs and skills, as well as providing a 10 year pipeline of private sector investment, spurring productivity and STEM skills. This will be a shot in the arm for Britain and a cornerstone of the Government’s industrial strategy.

“In the long term Heathrow expansion will help the Prime Minister to create a stronger and fairer British economy.  We are Britain’s airport, uniquely connecting all of Britain to the growing markets of the world.  Only by choosing Heathrow to solve the airport capacity crunch can the Prime Minister secure jobs and economic growth outside of London and the south east.”

WPI Economics Director Matthew Oakley said: “The overall economic impact of expanding Heathrow over the lifespan of the project is well documented, but importance of the early stages should not be underestimated. Building confidence, supporting up to 2,700 high-skilled jobs in the first 2-3 years, and laying the groundwork for larger construction job gains at a later date are all crucial, especially in the aftermath of the vote to leave the European Union. Fast-tracking infrastructure decisions, such as Heathrow expansion, must be part of the Government’s new industrial strategy”.

Jolyon Brewis, Partner at Grimshaw Architects LLP, said: “Heathrow’s Expansion Programme will represent a showcase for British talent and ingenuity on a world stage. Heathrow will continue to innovate, and set standards for infrastructure that the rest of the world will follow.”