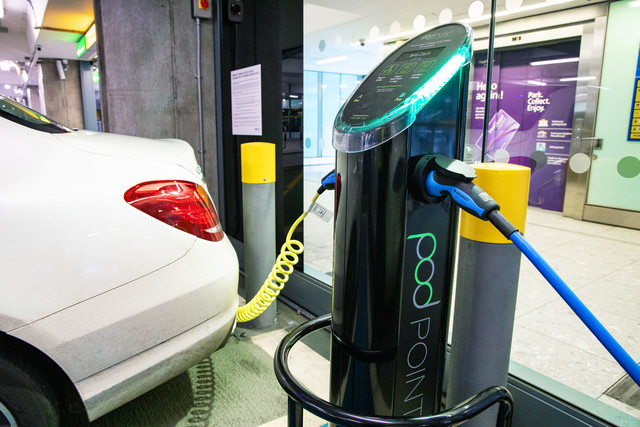 Heathrow has announced it is getting ready to introduce a set of tough new measures to protect local air quality, reduce congestion and tackle emissions, as the airport continues to use its scale to help solve environmental challenges.

The UK’s only hub airport is putting plans in motion to introduce charges for passenger cars and all private hire vehicles. This includes the world’s first airport Ultra Low Emission Zone (the Heathrow ULEZ), set to be introduced in 2022. The Heathrow ULEZ will introduce minimum vehicle emissions standards identical to the London Mayor’s ULEZ for passenger cars and private hire vehicles entering car parks or drop-off areas at any of Heathrow’s terminals, 24 hours a day, 7 days a week. Over time with the opening of the new runway from 2026 and improvements to public transport access to the airport, the Heathrow ULEZ will transition into a vehicle access charge (VAC) on all passenger cars, taxis and private hire vehicles coming to car parks or drop-off areas. The goal is to tackle the main source of local air pollution – road vehicles – and reduce congestion by encouraging more people to use sustainable ways of getting to and from the airport.

Initial proposals for the Heathrow ULEZ could set the charge figure between £10-15, in line with charges set by the Mayor in central London. Exact details for the Heathrow ULEZ will be confirmed when Heathrow submits its final DCO application for expansion after public consultation. Revenue generated from both schemes will help fund initiatives to improve sustainable transport, contribute to community compensation and help keep airport charges affordable as the airport expands.

Today’s announcement comes at a time when action is needed to protect local air quality by changing industry and public behaviour. Heathrow will now join London and Birmingham as the third UK zone to impose charges on the most polluting cars.

Furthermore, Heathrow is doing its bit to reduce vehicle use by leading industry change through a targeted Colleague Strategy which will be launched next week and will focus on significantly reducing the number of colleague car trips through a mixture of incentives, restraints on parking, and investment in new public transport links. The airport has invested over £1billion in rail infrastructure and provides over £2.5million annually to encourage public transport use via the airport free travel zone, support for bus services and contributions to local sustainable transport schemes.

Currently the best-connected airport in the UK, Heathrow is fully backing plans to treble rail capacity by 2040 through improved transport links which take into account the introduction of the Elizabeth Line, an upgraded Piccadilly Line, and proposed rail links from the West and South.

Earlier this month Heathrow also published its annual sustainability strategy report – Heathrow 2.0 – which sets out how the airport is addressing the impact of aircraft and other operations. Highlighted in the report are significant investments made to offset emissions and speed up electric flight, supporting the airport’s goal to become carbon neutral by 2020 and to operate zero carbon airport infrastructure by 2050. Initiatives include a project to restore UK peatlands to offset carbon emissions, more electric vehicles and charging points, investment in the development of sustainable fuels, a pledge to waive a year’s landing charges for the first electric or hybrid aircraft put into regular service at Heathrow, along with research into future infrastructure to support electric aircraft and technologies.

“Heathrow Expansion is not a choice between the economy and the environment – we must deliver for both. Today’s announcement shows that we will take the tough decisions to ensure that the airport grows responsibly.”

“This is a significant step change in Heathrow’s effort to clean up local ground level air pollution by shifting people into the cleanest modes of transport. I have never pulled my punches talking to the airport about local air quality and I look forward to continuing to hold Heathrow to account in my new independent role as Chair of the Heathrow Area Transport Forum.”

Heathrow will be consulting on proposals for its surface access strategy, including Heathrow ULEZ and Heathrow VAC, in a statutory consultation on the preferred masterplan for expansion which will be launched on 18 June. The public will have the opportunity to provide feedback on our proposals as part of this consultation.

While international aviation demand is projected to increase in coming decades, Heathrow will use its leadership position to ensure growth is met in a responsible and sustainable way at the UK’s only hub airport. Plans to expand Heathrow include a commitment not to release any additional capacity at the airport if that would directly result in a breach of the UK’s legal air quality obligations. Heathrow has committed to ensuring expansion does not impact on the ability of the UK to meets its carbon reduction targets.

The actual level of charge for the scheme will be set closer to the time of the scheme opening, based on the actual user-response and conditions which prevail at that time, including the level set by the Mayor for the central London ULEZ.

Heathrow already falls within the Mayor’s Low Emissions Zone, the standards for which are being tightened in 2020. This will address emissions from freight and servicing vehicles as well as buses serving Heathrow, which will result in non-compliant heavy vehicles paying a daily charge of between £100 and £300.

Heathrow has a history of investment in providing its customers with robust public transport access to the airport. Heathrow features a number of rail and underground links between the airport and central London, including the Heathrow Express, the Piccadilly line and TfL Rail (formerly Heathrow Connect) services. Heathrow central bus station is one of the UK’s busiest bus and coach stations, with over 800 bus and coach departures each day. It is located between Terminals 2 and 3 and is open 24 hours a day. In addition, bus and coach stops are also provided outside Terminals 4 and 5. There are 24 bus routes (including night buses) that serve the airport, five of which operate 24 hours a day. Around two-thirds of these services are run by TfL, with a number of other operators running services to non-London destinations. A Free Travel Zone in the vicinity of the airport allows passengers and colleagues to travel for free within the zone on the underground, buses, TfL Rail and Heathrow Express. Through its expansion plans, Heathrow will build on its existing excellence in public transport access and ensure an even greater range of passengers flying from Heathrow can choose public transport to make their journey to the airport.

We are currently exploring ways of expanding the current electric vehicle charging points for black cabs and other cars at the airport to incentivise and make practical the use of the cleanest vehicles possible.

Heathrow is proposing that private hire vehicles have the opportunity to qualify for a discount under the Heathrow ULEZ if they register their vehicle with the airport. This proposal will be finalised after consultation with the submission of the DCO application. Under the HVAC, Heathrow is proposing to monitor registered private hire vehicles and black cabs for the number of times they are recorded picking-up and dropping-off passengers in the same trip (i.e. ‘backfilling’ – cutting down empty trips to/from the airport) and issue a discount on the charge owed to Heathrow per backfilled trip at the end of the invoicing period. Private hire vehicles and black cabs will need to pick-up and drop-off in legally designated areas for these pick-up/drop-off activities within the airport in order to qualify for this discount. These details of the HVAC scheme will be finalised closer to the time of the scheme opening.

For more information, go to www.heathrowconsultation.com/