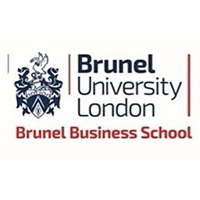 In this event Brunel Business School will uncover how a leading capital market performed during the coronavirus crisis and discuss the contribution of the stock markets in our economic development.

In conversation with Ashishkumar Chauhan – MD & CEO of Bombay Stock Exchange, India – we will learn how the international exchange developed by India is planning to collaborate with international markets for the development of the world economy. We’ll consider the regulatory and technological changes that took place in India to encourage the development of small and big business, and discuss the possibility of such a sustainable model enabling Britain’s international trade to progress rapidly during the COVID-19 recovery period.

Ashishkumar Chauhan is the MD & CEO of Bombay Stock Exchange (BSE) – Asia’s oldest exchange; the world’s fastest exchange with 6 Micro seconds response time; the world’s largest exchange with 5,000 plus listed companies; and India’s first universal exchange to offer trading across all asset classes. He is credited with reviving BSE and completing its IPO, which was oversubscribed more than 51 times. Ashish was instrumental in setting up India’s first International Exchange, inaugurated by India’s Prime Minister Shri Narendra Modi in January 2017.

Prior to joining BSE, from 2000 to 2009, Ashish worked at Reliance Industries, India’s largest conglomerate, as President and Group CIO, Head of Corporate Communications and CEO of cricket team Mumbai Indians in its formative years. From 1993 to 2000, he setup India’s National Stock Exchange (NSE), advancing technology and introducing screen-based trading systems, satellite communications network, equities and derivatives businesses, and delivering Nifty index among many other responsibilities. He is considered the father of modern financial derivatives in India due to his work at NSE.

He received several Indian and International awards including Distinguished Alumnus Awards from both his Alma Mater IIT Bombay and IIM Kolkata, a rare achievement. He has also been awarded “Digital Icon of Year” by Indian Express Group and ranked amongst the top CEOs in financial markets by Asian Banker, amongst top 50 CIOs in the world by Information Week US. He is a member of several committees of Government, regulators and international associations. He is a member on the Board of Directors at IIM Raipur and NIFM Faridabad and served as the chairman of NIT Manipur. He is a distinguished visiting faculty at Ryerson University in Toronto and Honorary Professor at Nottingham University Business School. Ashish has also co-authored a book on the history of the BSE, titled “The Temple of Wealth Creation”.