Mayor of London, Sadiq Khan, yesterday announced key senior appointments to his top team, including deputy mayors for policing, transport and housing.   The five new senior advisors will drive forward the Mayor’s pledges to make the capital a safer city, with a world-class transport network and affordable housing leading to shared prosperity for all Londoners. 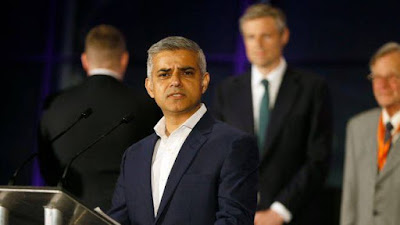 In addition, the Mayor has proposed the appointment of Lord Andrew Adonis as Chair of the Crossrail 2 Board. Lord Adonis brings a wealth of experience delivering major London and national transport projects.

Sophie Linden has been put forward as Deputy Mayor for Policing and Crime. Linden is former government special adviser to Lord David Blunkett at the Home Office. She is currently Deputy Mayor of Hackney Council, a role she will relinquish, subject to appointment.

James Murray, lead councillor for housing and development at Islington council, is being appointed as Deputy Mayor for Housing. Murray will stand down as an Islington councillor, a role he has held since being first elected in 2006, to take up the new post.
Speaking of the appointments, The Mayor of London, Sadiq Khan, said:

“I’m delighted to announce these key appointments to my top team that brings together people with extensive experience and knowledge to help me deliver my manifesto for all Londoners.”

With reference to the Crossrail 2 appointment of Lord Adonis, Khan said:

“As London grows, it is imperative that we plan now for the transport infrastructure London needs for the long-term. So I am delighted to announce my proposal to appoint Andrew Adonis as Chair of Crossrail 2. He will bring vital experience to help ensure Crossrail 2 gets off the ground and is delivered as quickly as possible.”