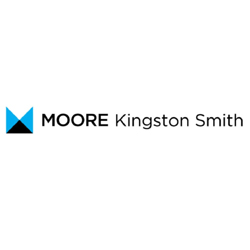 The Chancellor of the Exchequer delivered a Budget that was far bolder and more optimistic than could have been predicted for much of the past 18 months.

He acknowledged there will still be challenging months ahead but the recovery from the pandemic is now expected to take place much more quickly than had been forecast. He took the opportunity to announce significant increases in spending, without announcing any significant new tax rises.

Some significant tax rises have, of course, already been announced. The Health and Social Care Levy will increase from April 2022 the amounts the government takes from employees, employers and the self-employed, as well as increasing the tax rates on dividends. In addition, earlier in the year, it was said the main rate of corporation tax will increase to 25% from April 2023. No similarly significant changes were announced. Instead, several reforms that will affect particular sections of the economy, were discussed, such as those in property development, the creative sectors and shipping.

As far as individuals are concerned, the most eye-catching announcements related to the national living wage and the universal credit. Many will now breathe a sigh of relief. Not only did the Chancellor not touch inheritance tax, capital gains tax, or pensions, but he also said that by the end of the current Parliament, he wants taxes to be going down.