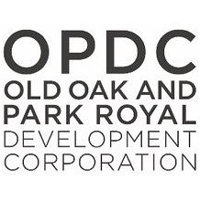 The Old Oak and Park Royal Development Corporation (OPDC) has set out a revised approach to deliver tens of thousands of new homes and jobs through collaboration with major public sector landowners.

The regeneration of Old Oak, Park Royal and surrounding areas in west London, has the potential to deliver 25,500 new homes and 65,000 jobs over the next 30 years. OPDC has already approved plans for over 5,000 homes including 1,500 already completed or being built.

The shift in approach has been triggered by recent, rapid increases in industrial land values in west London which mean that it is currently not financially viable to deliver OPDC’s early regeneration plans at Old Oak North. This area, close to the planned new HS2 interchange station, includes the 54-acre site that is owned and operated by Cargiant, which had originally been earmarked for development.

Earlier this year, the Planning Inspector, in his interim report on the OPDC’s draft Local Plan, de-designated the Cargiant site from Strategic Industrial Land, but also concluded that Old Oak North had become commercially unviable for residential-led development at this time.

OPDC will, therefore, be revising its plans, working to bring forward and unlock a range of early sites – in both public and private ownership – where substantial numbers of new homes and jobs can be developed quickly. This will be done alongside a focus on the large public sector land holdings that are close to the existing Willesden Junction station and the proposed new HS2 interchange hub. This hub will bring HS2, Great Western and Elizabeth Line (Crossrail) services together in the largest new station to be constructed for over a century.

These sites are primarily in the ownership of HS2 and Network Rail and offer huge scope for major regeneration opportunities, building on the extraordinary connectivity provided by the new interchange. During the General Election campaign, the Prime Minister said that he wanted public sector organisations to work more closely together on major regeneration schemes and OPDC believes this scheme could be the perfect example.

As a result, OPDC is confirming today that it no longer intends to seek to acquire land owned by Cargiant and will be making the necessary amendments to its draft Local Plan to confirm that this part of Old Oak North will remain a business and employment location for the foreseeable future.

This means that OPDC will no longer be progressing the provisional award of £250m of funding from the government’s Housing Infrastructure Fund in its current form for Old Oak North. Instead, OPDC is working closely with public sector organisations, Network Rail, HS2 and local boroughs to prepare an alternative approach to bring forward land with the capacity to deliver a flourishing new residential and commercial hub in what will be the best-connected community in west London. Working with the Government and Homes England, OPDC will explore the potential for alternative support for a new approach.

OPDC is also keen to work with Cargiant and others to support economic development, jobs and innovation in the area.

As a result, OPDC has today submitted its draft budget for 2020/21 to City Hall. The draft, which is a £1.9m (20 per cent) reduction compared to the cash limit issued by the Mayor to OPDC in June, will be considered as part of the overall budget settlement across the Greater London Authority and reflects this revised approach.

OPDC is also stepping up its work in the Park Royal industrial estate, London’s most important industrial zone and a diverse community of 1,700 businesses, 44,000 workers and 2,000 residents. Current plans include a new employment and skills hub in partnership with local boroughs, colleges, office space for the Department for Work and Pensions, a range of transport improvements to address congestion, piloting new low-carbon energy initiatives and improving access to fibre broadband. OPDC is also making improvements to the Grand Union Canal and supporting a number of practical community-based initiatives including facilities for the local canoeing club.

“This new approach to delivering the amazing potential at Old Oak and Park Royal makes good sense given the dramatic changes in market conditions over the last year or so. With the price of industrial land shooting up four or five-fold in as many years, earlier plans to bring forward Old Oak North are unfortunately not currently viable. But this in no way undermines our ambition for thousands of new homes and jobs as these can be achieved on many nearby public sector sites where we are already working closely with our colleagues at Network Rail and HS2.

“This new approach also gives us the opportunity to support Cargiant and other local businesses to remain locally based and support investments in jobs, zero-emission vehicles and further develop the area as a leading location for sustainable innovation”.

“Local businesses in Old Oak North will be relieved that the pressure to relocate is now removed.  We are delighted to see this new focus by OPDC on Park Royal, local jobs and sustainable innovation, as well as bringing forward housing.  There are already a number of pioneering businesses in Old Oak & Park Royal from Wrapology to Magway to Rype Office – and the business community appetite to collaborate on zero carbon and the circular economy is rapidly increasing.  With central government, the Mayor, OPDC and local stakeholders all working together towards these goals we can ensure that the UK’s largest industrial estate becomes a global exemplar in the years ahead.“