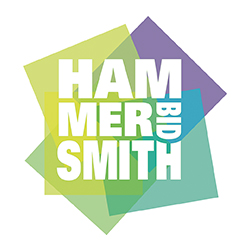 Hammersmith’s skyline has the potential to become a New York-style sustainable park thanks to a competition to reimagine a disused railway area and viaduct.

Hammersmith BID and West London Link launched a competition earlier this year asking for ideas that rethink how the space could be used to make it an attraction for residents, employees and visitors.

Following 200 expressions of interest the Hammersmith Highline competition received 63 entries all brimming with different and innovative ideas, with the two winning entries imagining everything from aquariums to Mediterranean parks.

Hammersmith Hi-Line draws on his Richard Jackson’s experience as a landscape and garden designer. His winning entry reimagines the area as a sustainable garden space including a promenade, stepped seating area and a boardwalk.
The winning features include:

The judges described the idea as: “An ambitious proposal, with lots of interesting ideas regarding new ways of growing in an urban setting. Good educational value.”

Architectural firm bauchplan came up with a concept called ‘fish and chips: escape from the urban hustle-bustle’. Their idea reimagines the space with water and nature themes using green space and clever vegetation to limit noise and control the microclimate.

The winning features include:

The judges feedback said the design: “offers many programming opportunities. Also, its sustainability element drew me in. The aquarium idea was also creative.”

All of the entries will be displayed at the Hammersmith Highline exhibition in Kings Mall shopping centre between 24th June – 7th July 2019.

The winning entries can be seen here.