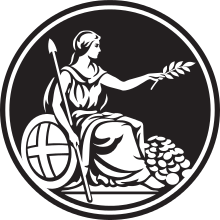 The snow and rain of February and March has given way to much sunnier skies in recent weeks.  And many businesses here in London will be only too pleased to see the end of the long, cold winter, writes Lai Wah Co, Deputy Agent for the Bank of England in Greater London.

Over recent weeks, many companies have been telling us about the disruption the inclement weather caused during the first few months of the year.  Those in construction were particularly hard hit as sites were deluged with successive weeks of snow and rain.  Many are still catching up on work that over-ran as a result. But they weren’t the only ones affected – from shops to bus companies, farmers to hotels and restaurants – the impact was felt far and wide.

Unsurprisingly, therefore, the weather features heavily in the Bank of England Agents’ latest Summary of Business Conditions and May Inflation Report.  We think the poor weather was one reason why growth in the UK economy – and some other countries, notably in northern Europe – dipped somewhat in the first three months of 2018.

If that is the case, we’d expect the impact to be relatively short-lived.  But it’s possible that other factors have also played a part and that underlying growth in the economy may be somewhat weaker than we had expected it to be.

We won’t know that for sure until we gather more data, including the valuable evidence we collect from our business contacts here in London.

So, for now, there is some uncertainty about how the economy is performing.  That uncertainty partly explains the decision taken by the Bank’s Monetary Policy Committee this month to hold interest rates at 0.5%.

Over the past few years our economy has needed interest rates to stay very low as we recovered from the global financial crisis. But things have been changing.

Despite the small wobble at the start of the year, the world economy is now growing relatively robustly, supporting demand for our exports.  In the UK, the share of people without a job is at its lowest level for over 40 years, and businesses we talk to in this region tell us they are finding it harder to recruit people.  Wages are beginning to rise faster than prices again, which will increase people’s spending power.

This is all good news.  But the Bank’s remit, set by parliament, is to keep a watchful eye on inflation.  Low and stable inflation is vital for a strong economy that supports growth and jobs.  And, despite falling back somewhat recently, inflation remains above our 2% target.

If the economy continues to perform as expected, it will probably be growing about as fast as it can without overheating. In that case the Monetary Policy Committee thinks we would need to raise interest rates further, reducing the amount of support we are providing to the economy.

Higher interest rates might seem a bad thing, especially if you have a lot of debt. But they are also a sign that the economy is growing and able to support higher wages.  Small increases in interest rates now can also help to avoid the need for bigger ones later.

The Monetary Policy Committee has said that it expects any rate rises to be gradual and limited in nature.

But the precise timing of any increases will depend on how the economy evolves in the coming months, including how households and businesses respond to developments related to Brexit.

So, although we’re grateful to see the back of the rain and snow, there are still some clouds of uncertainty on the economic horizon.

Lai Wah Co is Deputy Agent for the Bank of England in Greater London.
@BoELondon