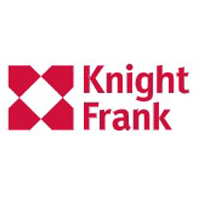 The early days of a second national lockdown in England bear little resemblance to the first for the property market report WLB member Knight Frank. Agents have remained open and the high volume of transactions agreed since the market re-started in May will continue to progress.

However, in a market so driven by sentiment, it would be wrong to conclude that it will be business as usual. So, what have we learned in the first week to help shed some light on what may happen over the next month?

First, a number of agents have said their diary became quieter after the lockdown was announced. Part of that was caused by some initial confusion around whether the property market was remaining open, which it is. In other cases, buyers and sellers are understandably taking extra precautions and delaying decisions.

However, other agents have not noticed a major change in the first week and some have reported a stronger resolve to act. This mixed message is reflected in an early snapshot of the data.

The number of viewings that took place between Monday and Thursday last week was 15% lower than the previous week. However, the number of valuation appraisals was 38% higher over the same period.

Exchanges were 11% higher, reflecting the trend highlighted last month of how the number of exchanges continues to grow on the back of high numbers of deals going under offer in recent months.

Based on the anecdotal evidence gathered so far, three other messages are clear:

The first is typically true in the residential market irrespective of external events. The most in-demand properties have continued to attract interest over the last week, despite the lockdown. For a good property in a popular location, buyers tend to look through short-term uncertainty.

Second, the current lockdown has accelerated trends begun during the first. “This has only reinforced the desire for more space,” said Craig Walters, head of lettings for Knight Frank in Belsize Park. “Three tenants all called to serve notice on Friday and when I asked why they all said they needed more space to work from home.”

Third, momentum appears to be holding stronger for transactions already underway. In other words, second and third viewings are less likely to be postponed than first viewings.
The timing of the lockdown is somewhat ironic because it comes as many are warning that parts of the conveyancing system are struggling to cope with the current volume of transactions. That fact is unlikely to change and some parts of the system may come under more strain during this second lockdown.

The chief executive of NAEA Propertymark, a professional body that represents estate agents, was one of a number of industry figures to call for an extension of the stamp duty holiday last week for this reason.

Indeed, the number of exchanges in prime London markets reached its highest level in five years last month as more deals began coming to fruition. It is also true that most exchanges still relate to deals that pre-date the first lockdown.

If the second lockdown is not extended, it therefore feels like it will put a small dent in the performance of a resurgent property market, but little more.

Whether that dent becomes bigger or disappears in coming months depends on two events outside the control of the property market – the arrival of a treatment or vaccine for Covid-19 and the avoidance of a no-deal cliff-edge Brexit.