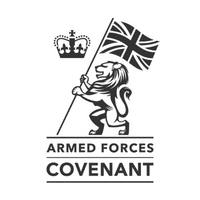 A renewed Armed Forces Covenant was signed by the leader of Ealing Council, Peter Mason at 562 Squadron base in Southall on Tuesday, 12 October 2021. 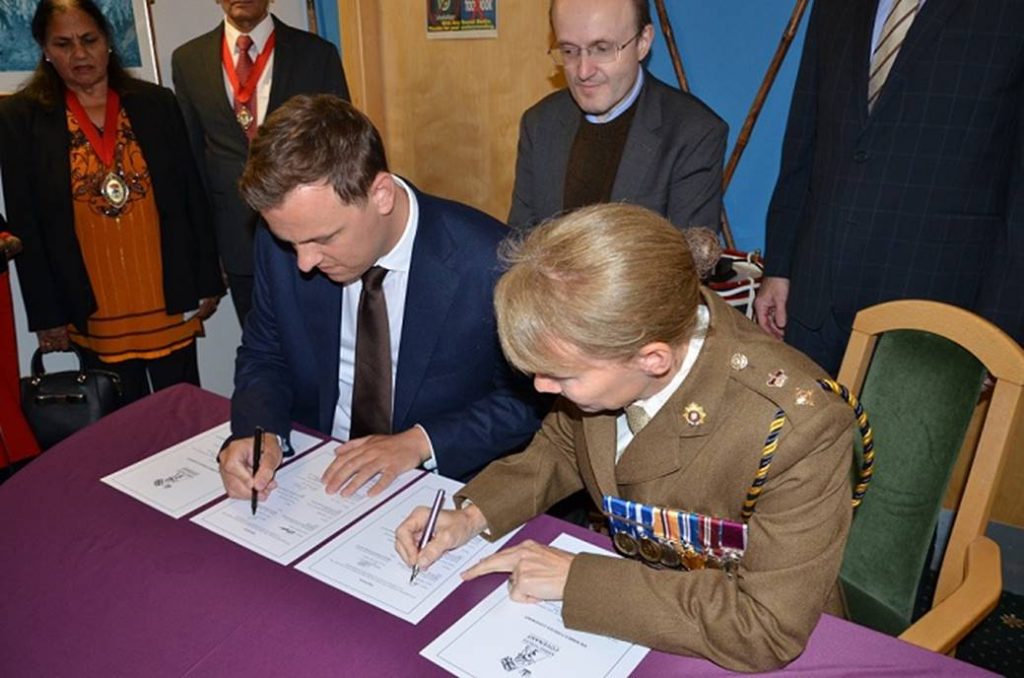 The full transcript of Councillor Mason’s speech welcoming the renewal of the covenant and expressing the commitment, on behalf of the borough to honour the covenant, can be read below and the video viewed here.

“I’m delighted and honoured to be here this evening at 562 Squadron base, to sign the refreshed Armed Forces Covenant on behalf of the London Borough of Ealing.

“Today we are not just renewing Ealing’s commitment to our armed forces, but promising to redouble our efforts to you and to support all those who support our nation. Whether they are serving as members of the armed forces, or to our valued veterans, the covenant commits us to honouring and remembering all those who have served and continue to serve.

“You have our absolute commitment that we will do just that, not just in armed forces week or on Remembrance Sunday, but at all times.

“Here, in one of the most diverse boroughs, we remember all of those who have given service and sacrifice to our armed forces, but also the Commonwealth forces who have fought alongside them.

“But remembering simply isn’t enough. Our focus on renewing this covenant is on the specific needs of the forces, of veterans and their families. 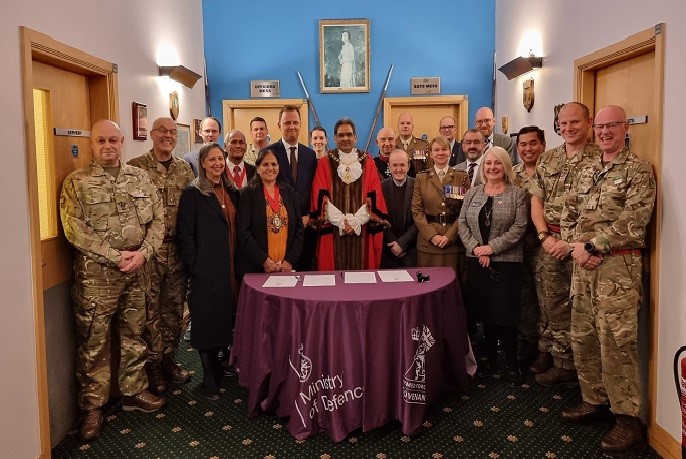 “The mobile nature of life in the forces can disadvantage those in service when they apply for housing. So we are recognising those specific needs in our housing policies and exempting the forces from residency requirements.

“That same mobility can make it harder for families to get a school, and so we’ve changed our school admission policies to make it easier for forces families and their children.

“And, despite huge range of skills held by those who serve, veterans’ unemployment rates remain 50% higher than the general population. Our council priority is Good Jobs, and that must include our veterans. So we are committing to be a forces-friendly employer, adjusting where we need to and remaining committed to our training and skills programmes that we, and our partners in the voluntary and community sector and the public sector in the borough, provide are accessible and relevant to veterans.

“And I say that this is not just a commitment from the council, it is a personal one too.

“But the most important commitment we can make today is that, for Ealing, the covenant is going to be a living document.

“We aren’t going to sign it and forget it, to put it on a shelf. We’re going to keep working with our armed forces locally, like 562 Squadron, like the British Legion and with our partners right across the public, private and voluntary sectors, to ensure that we deliver and expand the support for our armed forces and the support that veterans deserve, and to take pride in absolutely everything that they have done and continue to do for our country. Thank you

“So, on behalf of everyone within the London Borough of Ealing, on behalf of all those who’ve worked to make this covenant happen and to review it and to make sure that it is a living and breathing document, we say thank you to our armed forces and to our veterans for your service and sacrifice.

“The covenant is our commitment to you.”