This is the Borough of Cultures 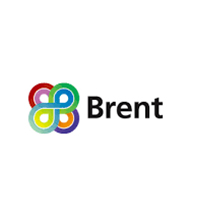 Artists and young people from across Brent joined together with Brent Council representatives and community groups on 12 November 2019 at the Kiln Theatre in Kilburn to unveil the programme for Brent 2020 ‘This is the Borough of Cultures’.  Brent 2020 will explore the spirit and creativity of Brent, with hundreds of local residents taking a leading role in shaping the programme. Taking place against a backdrop of next year’s UEFA European Football Championship at Wembley Stadium, Brent 2020 will present high profile cultural events throughout the year and across the whole borough.

The year officially starts on Saturday, 18 January 2020 – with the ‘Rise’ opening celebration on Olympic Way, Wembley. A cast of hundreds will take part in a giant dance performance, with large-scale projections lighting up the walkway from Wembley Stadium to kick start Brent’s year as London Borough of Culture.   Sign-up to take part in RISE >>

Other highlights of the year are set to include:

Carolyn Downs, Brent Council’s Chief Executive, introduced the programme by highlighting some of the people and themes, in London’s most diverse borough, that will take centre stage in 2020. “Brent is the home of Zadie Smith, reggae and English football,” she said. “Brent has London’s oldest road, the biggest Hindu Temple in Europe, the Kiln Theatre, the new Troubadour Theatre and Mahogany Carnival Design. We are Jayaben Desai, George Michael, Cyrille Regis, Keith Moon, Rachel Yankey, Janet Kay, Twiggy, Bob Marley, Michael Meaney and Trojan Records. Diversity is our strength and our greatest asset.”

Lois Stonock, Artistic Director of Brent 2020, said: “Our year as London Borough of Culture will show London what Brent is all about – a borough of pioneers and rebels, of trendsetters and activists, the home of great writers and thinkers, the place where reggae got its true London voice, and of course the home of English football.

For details about the Brent 2020 programme visit the website