What can Ealing and Park Royal businesses do to avoid COVID-19 redundancies? 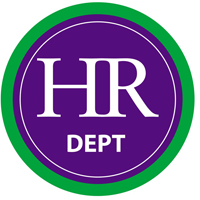 • The Coronavirus Job Retention Scheme remains open until October.
• It’s reported 8.9 million employees have been put on the scheme, but as the cost burden gradually shifts to employers it’s feared redundancies will rise.
• There are other solutions before redundancy which may preserve jobs to the benefit of the company and the workforce.

While a sharp increase in redundancies appears inevitable as the year progresses, there are many tactics, not called upon so frequently, that can be used to cut costs. Lance Hobbs from The HR Dept Ealing and Park Royal explores alternative options that may be open to local businesses.

Lance begins: “We now know that the Coronavirus Job Retention Scheme will end in October, and that gradually employers will be asked to contribute. It has certainly staved off the worst of job losses so far. However, the threat of redundancies has only been deferred.
“How much so is open to debate. The CIPD’s Labour Market Outlook recently reported just over 20% of organisations were planning to make redundancies this summer. Another survey – this time by People Management – found 42% of firms were making such plans, albeit later in the year.

“Redundancy may be the first word that springs to mind when drastic cost-cutting is called for. It could be the nuclear option though, harmful to the employer as well as departing employee(s): permanently severing employment ties for what may be a short term fall in demand, deteriorating morale and the future hiring costs. So what measures can employers look at before considering redundancy?

“Starting with the basics, a recruitment freeze is an important first step if this hasn’t been done already – including the withdrawal of any employment offers. For employers which use agency workers, consider redeploying permanent staff to handle this work instead.

“When redundancy is the alternative, employers may be surprised at what their staff will agree to or even welcome as long as they are treated with dignity and a legal process is followed. Ideas to consider include: job shares; redistributing workloads; reducing hours; or renegotiating salary, commission and benefits. Some employees may even be open to taking an unpaid sabbatical to spend time with their family or further their education.
“Understand what could work for your business and then open up a dialogue with

employees. They may suggest good ideas themselves. Remember, also, that some of the above suggestions are contractual and would require agreement in writing. Other measures may be limited by legislation such as that relating to the national minimum wage or pensions – professional advice may be necessary. Sometimes though the only answer is to cut jobs and if that is the case we can help too